Read more about the life story of Robert and share your memory.

Robert Giuliano, 86, a longtime resident of Rye Brook, NY died November 14, 2022 peacefully at home surrounded by his family. He was born in Brooklyn, NY on November 17, 1935 to the late Carmine and Marie Clemente Giuliano. He was raised and educated in Harrison, NY graduating from Iona College and receiving his master’s degree from Columbia University. Robert served in the United States Army. Robert was married to Patricia Butler on June 24, 1961 in Greenwich, Ct. They moved to Rye Brook in 1964. Robert began his career in education as a teacher in the Mamaroneck school system. He joined the BOCES staff in Valhalla, NY as a guidance counselor in 1968. Robert retired as Director of Occupational Education for Southern Westchester BOCES in 1990. Robert was a devoted husband, father and grandfather and enjoyed traveling with his wife and family. He is survived by his devoted wife Patricia "Pat" Giuliano of Rye Brook, NY., devoted sons Mark Giuliano (Elizabeth de Blasi) of Sparkill, NY., and Scott Giuliano and his wife Alba of Rye Brook, NY and his dear grandchildren Shaylin Giuliano, Kiersten Giuliano, Madison deBlasi, Robert Giuliano, Matthew Giuliano and Thomas Giuliano and many nieces and nephews. He was predeceased by his parents, in-laws Pierce and Mary Butler, brother Carmine "Tony" Giuliano, sister Felicia Straface and his pal Rusty.

Visitation will be 4-8PM on Sunday November 20, 2022 at Craft Memorial Home, Inc. A funeral service will be held 10AM on Monday November 21, 2022 at the funeral home.  Interment will be private.

Memorial donations in memory of Robert may be made to the Ronald McDonald House.

To send flowers to the family or plant a tree in memory of Robert Giuliano, please visit our floral store. 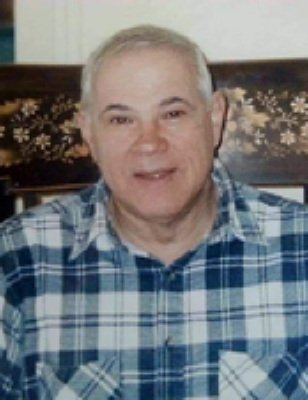